A little overdue but here are the next sets of peculiar and unusual quirks we’ve observed in our travels. If you missed Curiosities #1 – Laos, Thailand, Cambodia and Vietnam, a link to it is here.

★ Men of all ages and older women chew betel nut which makes their teeth red and causes them to need to spit jets of rusty-coloured saliva onto the floor. 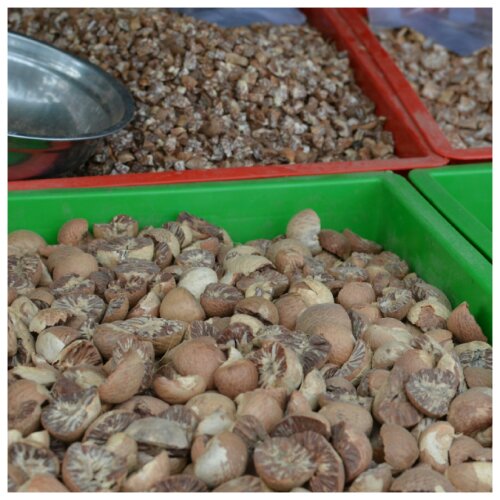 ★ Even though most of the cars have their steering wheels on the right, they drive on the right hand side of the road (apparently because they’re all second hand from Japan).

★ In some areas, after a meal you will be given a bowl of tissue paper wrapped tamarind sweets which are sugary and melt in your mouth.

★ Women, children and a few men smear thanaka root paste on their faces. 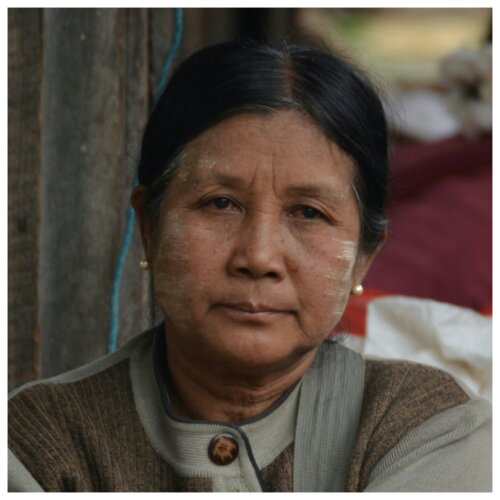 ★ Getting off buses causes your glasses to steam up!

★ For the first time on our trip, it’s ok to flush toilet paper and you find these kinds of signs:

★ It is a Muslim state so beer is rare and expensive, pork can be hard to come by and there are lots of women wearing tudong (headscarves). 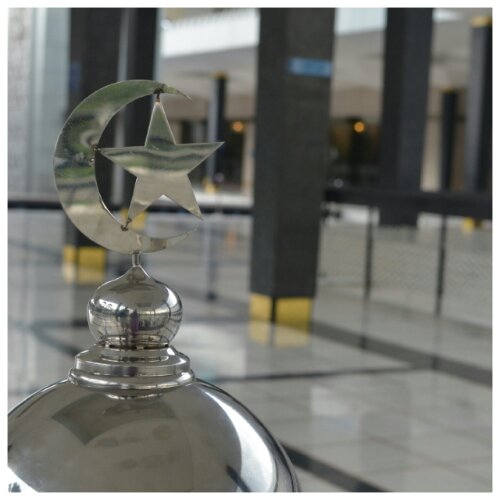 ★ The commonly available fruit, durian, is considered so pungent that some hotels specifically prohibit their guests from bringing it into the room.

★ There is a distinct lack of uniforms apart from school kids and police; so locating the waitress or the legitimate bus station employee, shop attendant etc can be difficult.

★ There are guns everywhere in Manila – pistols, snipers and machine guns – held by police, hotel doormen, 7eleven security guards. There are gun shops and your bag gets searched before boarding the train or entering a mall.

★ Everyone calls me ‘marm’ and Dean ‘sir’ or, as we’re always together, usually ‘marmsir’.

★ It’s the first country with Bibles in the hotel rooms.

★ Public transport in towns mainly consists of motorised tricycles and jeepneys which almost all have a human name, written across the front. In some areas every one has a Bible verse written on the back.

★ In McDonald’s, no one orders the usual stuff (although it’s available) but instead they buy battered chicken with rice or spaghetti.

★ When you buy something, often the cashier narrates, ‘I recieved 1000 pesos’ as if verbalising the process removes all chance of errors, perhaps.

★ Everyone always seems to be playing basketball.

★ Lots of taxi and tricycle drivers wear a cut off sleeve on their left arm or sometimes both. I assume for sun protection but it looks odd nevertheless.

★ People (usually women though) are often bursting into song as they clean or cook or sit behind a reception desk!

★ Loads of people wear white masks over their faces meaning it’s really hard to hear what they’re saying or read their facial expressions.

★ Toilets have a range of fun features like heated seats, sinks above the cistern which turn on when you flush, buttons for music or fake flushing noises and various bidet-ing options!

★ You have to take your shoes off in shop changing rooms, hostels, temples and some restaurants.

★ Outside more or less every eating establishment, there are detailed, surprisingly realistic plastic replicas of all our most things on the menu! 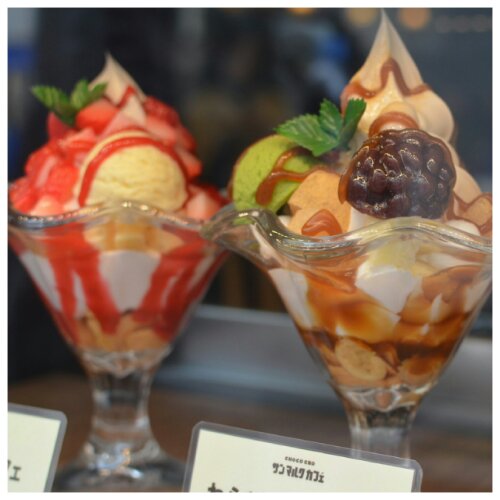 ★ It’s very quiet. Barely anyone over 18 talks on trains: I’d say about 75% are glued to their phones (which are all on silent) and/or listening to music, 10% are reading, 10% are sleeping and 5% are doing nothing. Other public places are quiet too. The roads are quiet because there’s no horn honking and very few noisy motorbikes.

★ There are no cheap, small, local vehicles (like tuktuks or tricycles), just quite posh-looking taxis with drivers wearing suits and hats.

★ Pushbikes (and there are lots of them) in Tokyo use the pavement despite there being no cycle lanes. They go quite fast and don’t signal. Bikes are almost never locked up.

★ Older generations are out and about, active and independent as opposed to places in South-East Asia where they’re not often seen (we suspect this is a combination of greater life expectancies and less self-sufficient family units).

★ Every few metres, even on quite suburban streets, there are hot and cold drink vending machines. The hot drinks aren’t merely polystyrene cups of weak-tasting, lukewarm liquids, they are a wide selection of cans and bottles of tasty branded coffees, teas, soft drinks and cocoa. 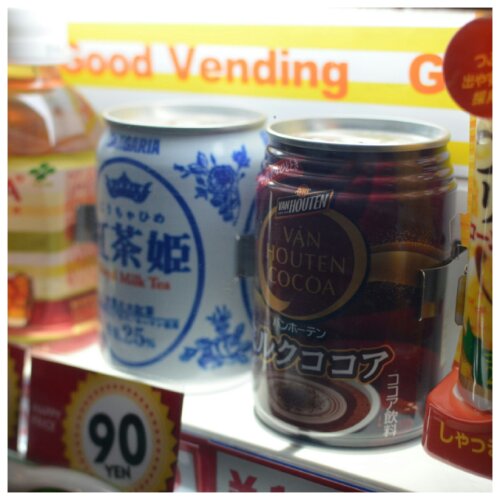 ★ Unlike in South-East Asia (generally), people here go grey or white haired in later life.
★ At Tokyo subway stations, there are short pieces of music played for announcements and arrivals – it sounds and feels like you’re in a computer game!
★ You hardly ever see anyone drinking or eating on the streets and smokers are only allowed to congregate (zombie-like, all facing one way in silence) in certain places around large ashtray bins. Coughing, sneezing, sniffing, and certainly spitting and hocking never seem to happen.
★ While waiting for a train to be cleaned before we could board, we saw that each pair of seats automatically spin around so no one has to face backwards!
★ It seems there are more than 24 hours in the day; for example a bar’s opening times may be 17:00 until 26:00 or a final train may be at 24:30.
★ Uniforms are big. Taxi drivers look like chauffeurs, anyone to do with trains, security guards and bus drivers all wear suits, hats and often white gloves. School uniforms are often very smart with blazers, satchels, bowler hats and winter coats.

★ On Valentines Day women give men gifts like handmade chocolates. Then March 14th is White Day where the man should buy the woman a gift worth 3 times the value of what she gave him! Good deal I reckon!

4 thoughts on “Curiosities #2 – Myanmar, Malaysia, The Philippines and Japan”