The journey to Ambilobe – the base for a visit to Andasibe-Mantadia National Park – was wonderfully and unexpectedly hassle-free. After weighing up our taxi brousse options in Antananarivo, we found one that was nearly ready to leave. Three and a half hours (including a brief lunch stop) on decent roads felt an absolute breeze compared to some of our previous journeys!

Disembarking at a junction in Ambilobe, we walked for about half an hour to Ricolodge. Set in a forest area, we were led to our Goldilocks-esque wooden cabin with views over the trees. It even had a baby bear chair and a baby bear bed in the eaves! 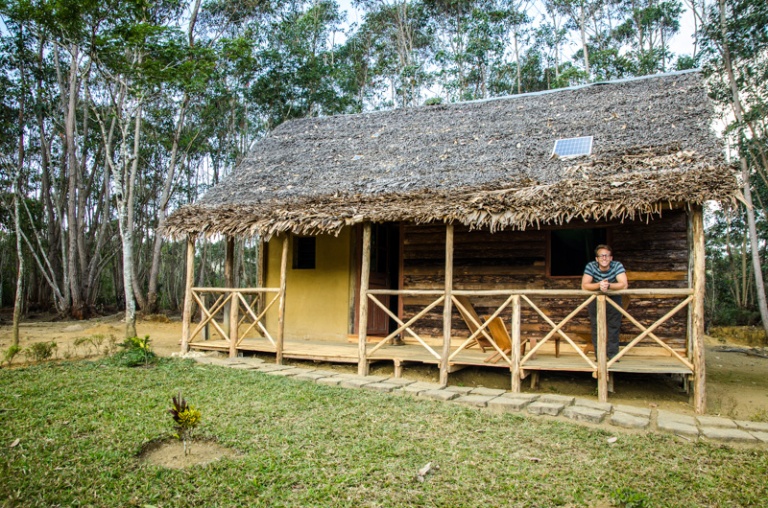 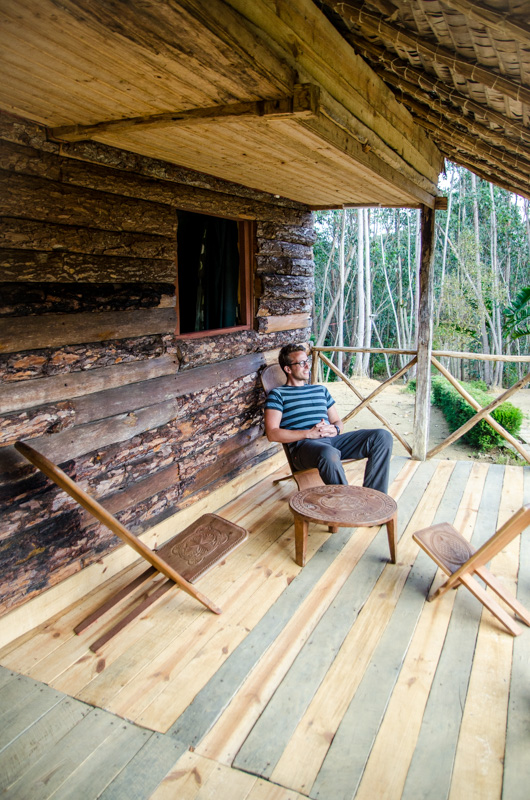 The whole area was incredibly tranquil, the silence only pierced by birdsong and the distant evening calls of the creature we had come to see: the captivating and extraordinary Indri indri!

Pursuing an indri encounter would have to wait until morning but Ricolodge kindly provide a complimentary night walk around their grounds. It wasn’t for long but we saw plenty of frogs and spiders and, right at the end, a mouse lemur. They are tiny and this one was far away and high up so here is my only photographic glimpse! 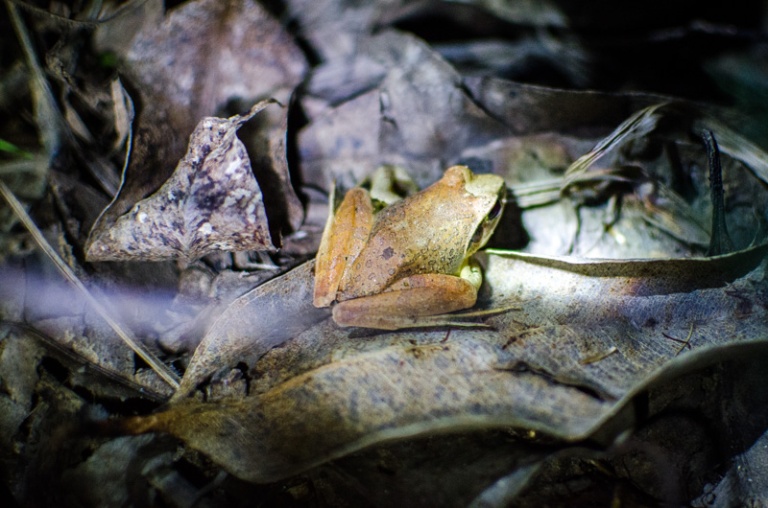 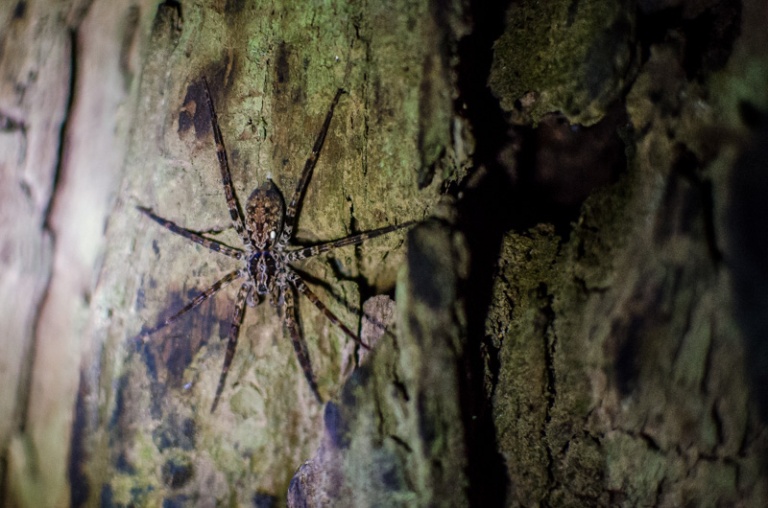 An incredibly cold night ensued but thankfully our Goldilocks house had a gas-heated shower and plenty of thick blankets to layer up.

By 6:30 the next morning, we were eager to be up and out exploring. Estide, our guide, arrived on his motorbike to introduce himself and to give us some park options for the day. Decision made (a visit to the Reserve Speciale d’Analamazaotra), he sped off, leaving us to walk the 2km to the park entrance!

After many hikes during the last few weeks, we were keen to end our trip on a high and Andasibe-Mantadia did not disappoint! Starting off feeling very chilly, we soon warmed up during the 4 hour, often very steep walk. I’m not a lover of hills but the wildlife made it so worth the effort! 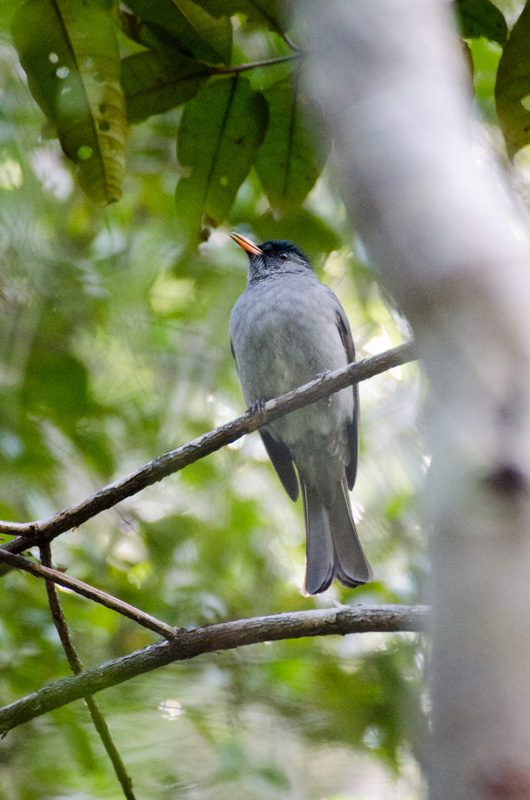 Unlike all the other lemurs we’ve seen, the indri were incredibly easy to spot because they’re one of the largest surviving species and so very noisy! They reside in family groups, each with their own territory and they communicate very loudly between and within the groups! The sound is intoxicating and can be heard from up to 2 miles away. It’s like an arboreal whale song! You can’t help but smile when you hear it and I, for sure, could listen to them sing all day. Go on, Google it! Now! 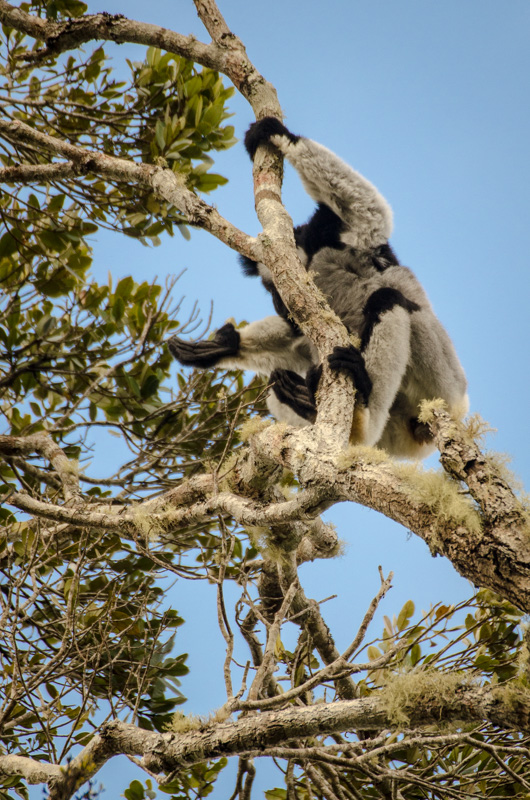 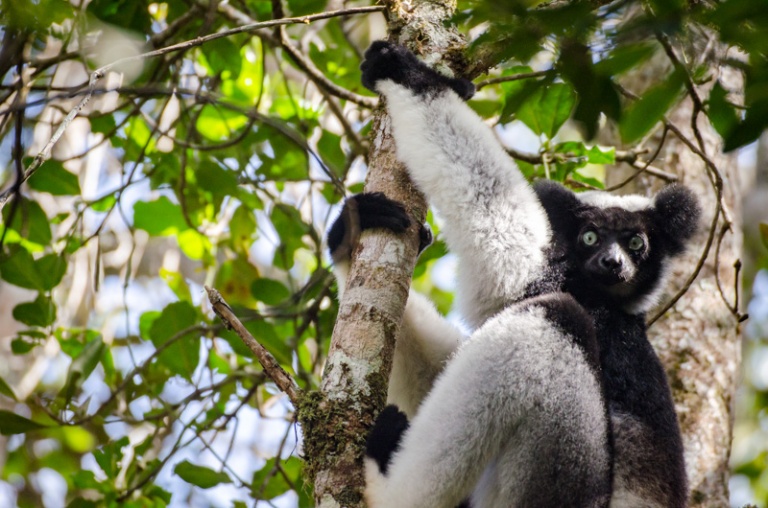 I guess they’re used to people staring up at them because they were happy to hang around for long periods of time. We spent ages with them, changing groups from time to time. I love their massive hands, their fuzzy ears and their green eyes! I also love it when they jump! And check out the baby sticking its tongue out in the third photo down here! 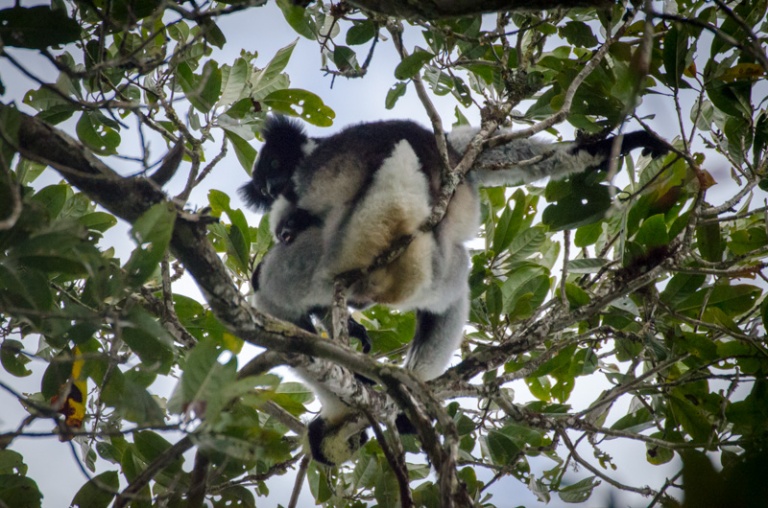 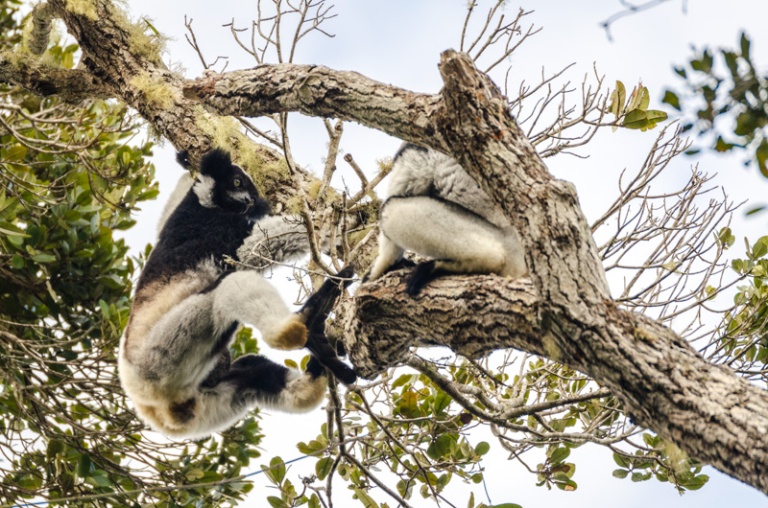 After spending time with the indri, we were satisfied. We didn’t think the day could get any better. But then Estide mentioned that the forest was also home to a small number of diademed sifakas. We’d been charmed by Coquerel’s sifakas at Ankarafantsika and, although he said they were difficult to locate, we said we’d like to try. Few visitors bothered, it seemed, and the hike became increasingly ‘off road’ but eventually he found them.

They were beautiful! Another large lemur but this time with silky grey fur on its body, golden orange legs and a pure white tail. 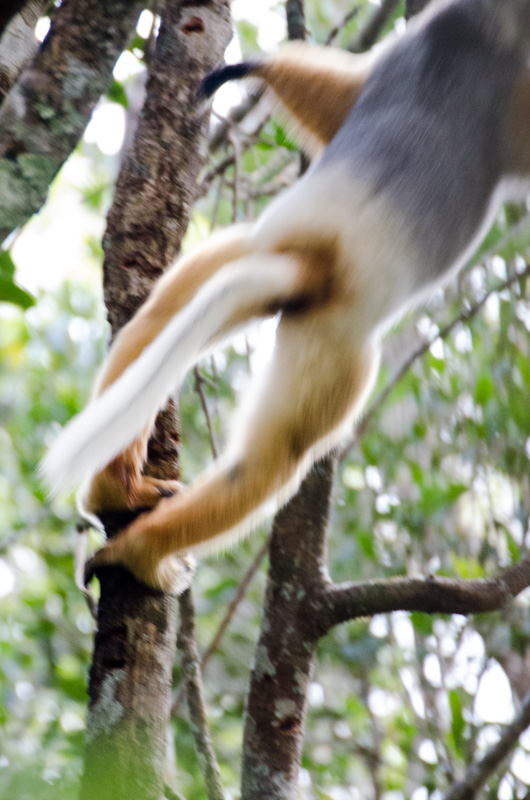 It’s sad to think that these two incredible lemur species are critically endangered and may not be around for much longer. Thankfully, Madagascar is waking up to the plight of its lemurs: fingers crossed they can be brought back from the brink.

A couple of other sightings: a kite spider (!), a tree boa, a wagtail and a final gecko. 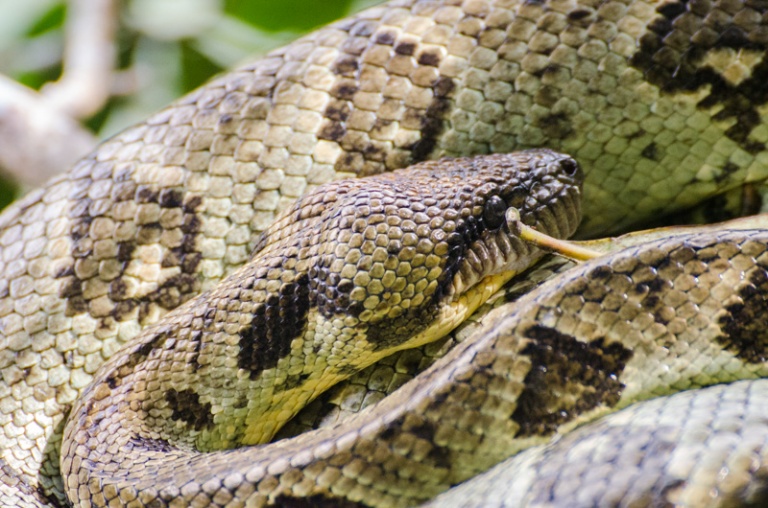 After another chilly night in the log cabin, it was time to head back to Antananarivo for our flight home. We opted to do this on a local taxi brousse, much to the amusement of the man I sat next to who periodically chuckled to himself and proclaimed, ‘vehsar Malagasy’. I guess tourists don’t take local buses much in these parts!

If you’ve been reading along with us, you’ll know the trip has been one of the most challenging we’ve ever taken for sure. But at the same time it has truly been one of the most rewarding and memorable. There’s so much more of this unique island to see; we just hope it’s still here to enjoy by the time we next get around to visiting.

For all the practical information relating to this trip, please click here.