Before I share our Panamanian exploits with you, I thought it was about time I post a map update; in fact I’ll take the opportunity to give a map recap. I’d love to know how many miles (actually we now think in kilometres!) we’ve travelled overall but working that out would take forever I fear! Maps will have to suffice!

All that remains is less than two months to briefly visit Ecuador, Peru, Chile, Argentina and Brazil. This week we booked our flights from the Argentina-Brazil border up to Rio De Janeiro so that we’ll be there in time for the World Cup final! We don’t have tickets, we just wanted to be there. Although I don’t like to admit it, for the first time in my life I might actually be a little bit excited about a football match!

Our ‘whistle-stop’ visit to Panama has actually been longer than we’d planned – 10 days in total. Although the border crossing was disorganised and a little frustrating, thankfully we entered without any of the anticipated issues regarding proof of onward travel. Originally we had intended to only visit the capital, Panama City, but with more time on our hands before our flight to Ecuador were able to add in two more destinations.

We began in Boquete where we stayed in a pension house with a really lovely family and their two beautiful huskies who didn’t really stop playing for long enough for me to take a decent photo! 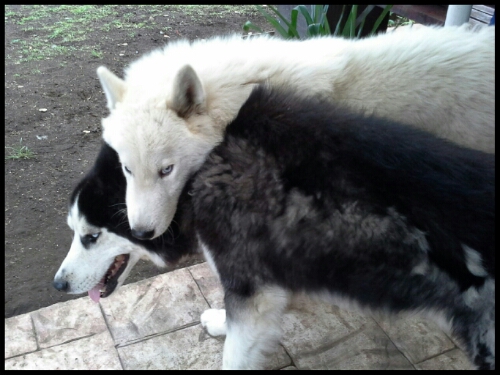 They had an amazing, comfy sofa – the first one we’ve sat on in eight months we think! It was a bit of a strange atmosphere in the town as this was where two Dutch girls went missing on April 1st and a team of people and dogs had just arrived from Holland to conduct further searches.

We relaxed, took a couple of short walks and sampled the locally produced coffee (some of it sells for $300 a pound but we didn’t try that!). We also very much enjoyed our hostess’ home cooking including our first typically Panamanian breakfast of stir fried vegetables and chorizo with corn tortilla fritter things. Delicious!

From here we travelled to the town of El Valle de Anton which is unique as it’s the only inhabited volcano crater in the world!

Unlike Boquete, this place wasn’t such a tourist trap so we had a cheap room and paid only a couple of balboas (equal to American dollars which are more commonly used) at a time for activities.

One the first day, we visited La Piedra Pintada where we saw some undeciphered pre-Colombian petroglyphs.

We then embarked upon a gruellingly steep hike to the top of La India Dormida – the sleeping Indian – which is part of the crater’s edge which looms over the town. It’s not the best view but you can kind of see the profile of her face on the right here.

Our hike took us up to her nose, then across her mouth and upper body and down her arm. The first incredibly steep section took us past a couple of waterfalls – very inviting in the intense heat. 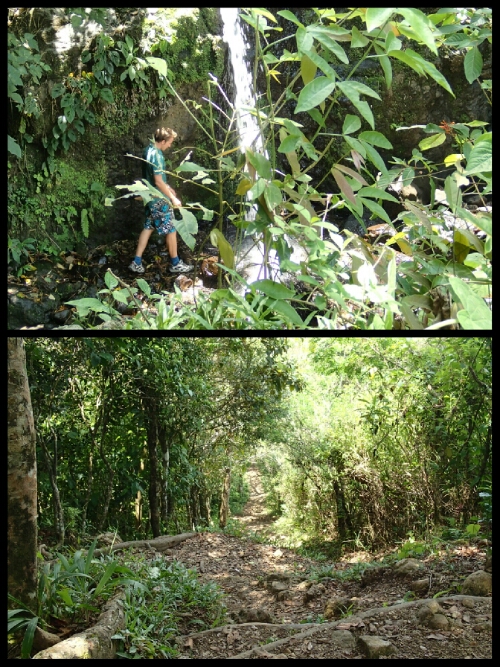 At the top we took a few photos and saw an amazing butterfly with fake eyes and antennae as a tail!

The sweeping view over both sides of the crater’s edge was awesome.

Thunder reverberating around the crater and birds of prey circling the valley below us added a bit of drama to the spectacle. Fortunately it didn’t rain or the already tricky downhill path would have been considerably more dangerous.

Towards the end, Dean found a stick intending to ward off nearby barking dogs but just in time noticed there was a tiny scorpion on it! 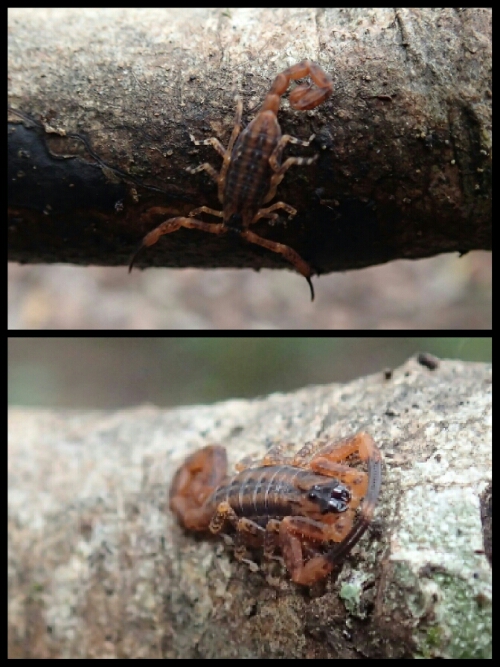 After several kilometres more, we arrived at Las Pozas Termales – the hot springs. First we smeared mud on our faces and then took a dip in the pleasantly warm pool – so incredibly refreshing after our hike! Although the water looks dirty, the pool is drained daily and Dean informs me the colour comes from the minerals!

The next morning we visited El Nispero which is basically a small zoo and plant nursery. 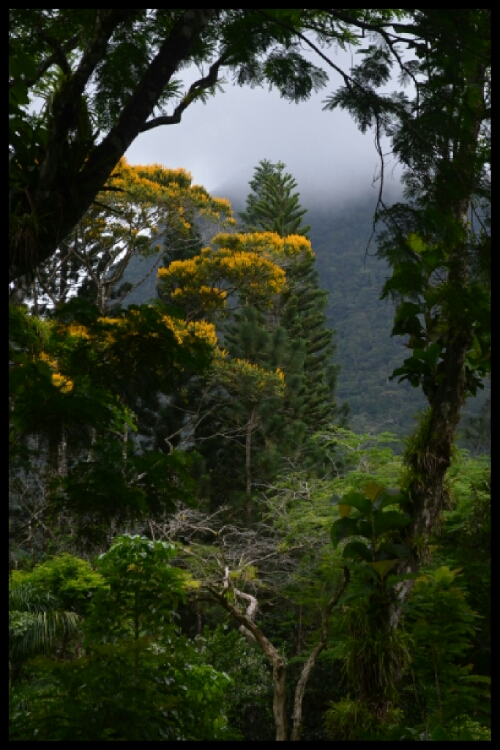 We usually avoid zoos unless we know the animals are really well provided for but we’d read this one wasn’t too bad and that it housed some creatures we’d not seen before including the Panamanian golden frog which is found only in this area and which is thought to possibly be extinct in the wild. He’s just about visible bottom left here. 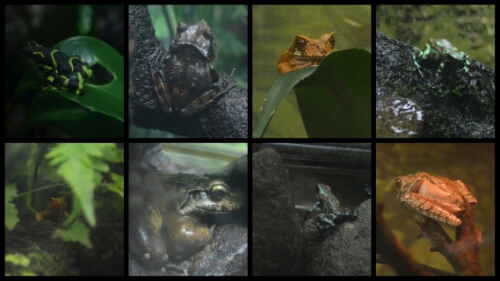 However, on the whole, we did regret our visit as most of the animals looked depressed, dipping their noses and beaks into empty food and water bowls and running round their bare cages in endless circles. The two amazing tapirs were a particularly saddening example.

There were caimans too.

We did see some cool birds we’d not seen before, many of them pheasants. 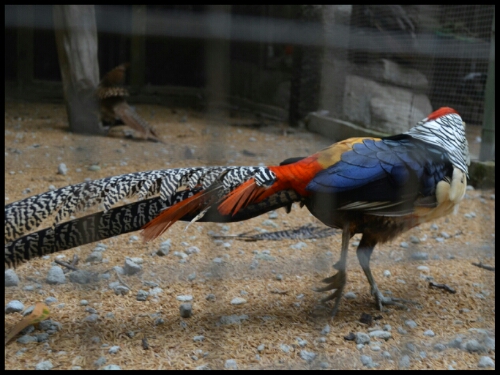 These are mandarin ducks. 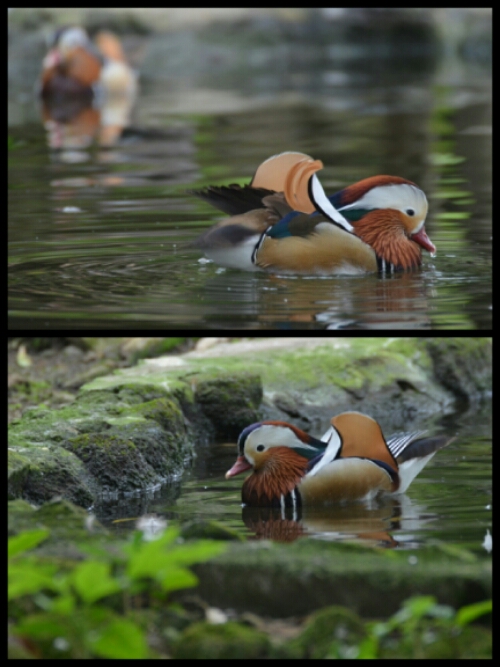 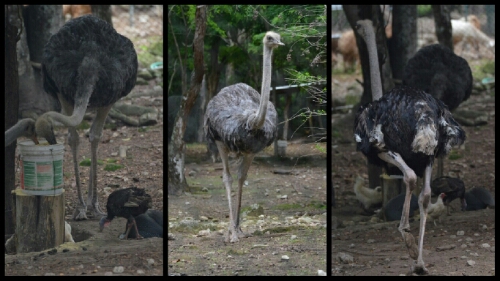 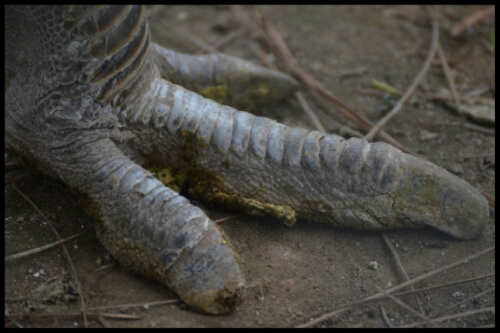 And it seemed that it was mating season for the peacocks! 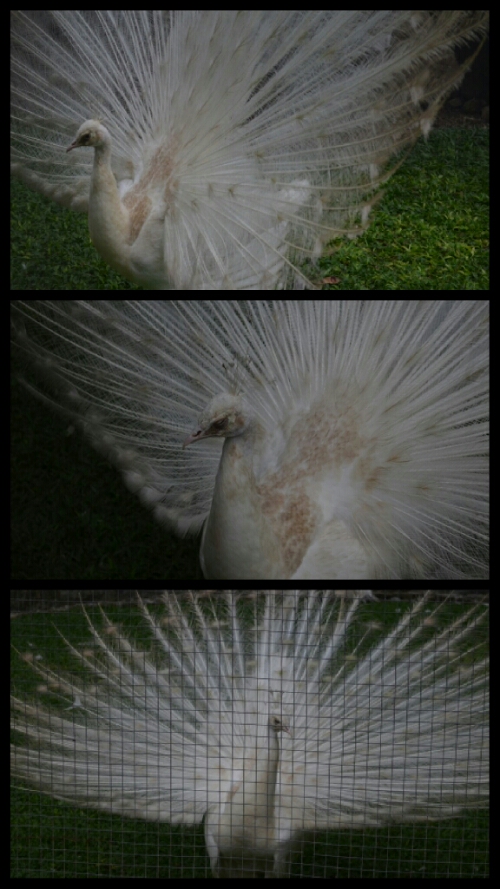 A few other misfits including a very skinny, folorn spider monkey. 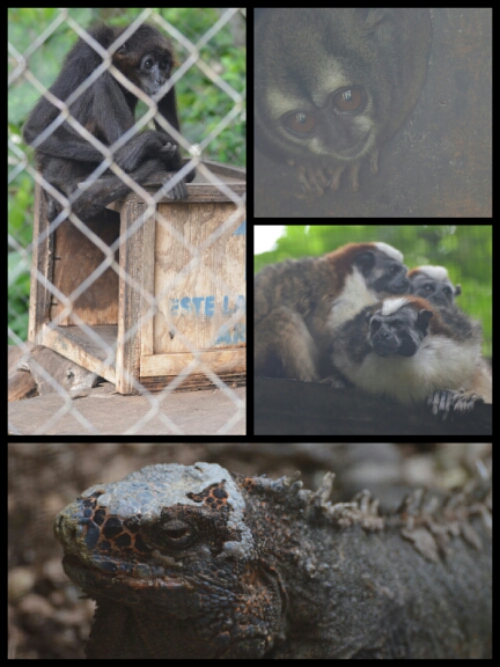 The experience reminded me how lucky we’ve been this year to see so many animals happy in their natural habitats!

Now we’re in Panama City for a few nights until our flight to Ecuador so my next post will be from either here or there depending on what we see!

One thought on “Panama: Panamania”